To help close this digital divide, the Order adopted by the Commission today refocuses Lifeline support on broadband, which will enable low-income Americans to share in the 21st Century opportunities that access to the Internet provides. At the same time, new rules build on recent reforms in the program to combat waste fraud and abuse and increase program efficiency.

The rules significantly strengthen the Commission’s landmark 2012 reforms (http://go.usa.gov/cGykW) of the program by establishing an independent National Eligibility Verifier to confirm subscriber eligibility. At the same time the verifier deters waste, fraud and abuse, it will encourage participation by legitimate providers by removing the burden of eligibility screening.

Finally, a budget mechanism will limit Lifeline’s cost to ratepayers. Specifically, the Order:

Builds on 2012 reforms to close remaining vulnerabilities to waste, fraud and abuse

These and other changes will fully modernize Lifeline to support broadband service and obtain the highest possible value from the expenditure of Universal Service funds.

To learn more about the Lifeline program for low-income Americans, visit https://www.fcc.gov/general/lifeline-program-low-income-consumers.

Tickets for the 2016 NaLA Spring Conference are now available!

Welcome to 2016, a new year for everyone and a particular new year for NaLA. The White House is up for grabs, new legislation is around the corner, and advances in technology create meaningful impacts on our margins – we will have plenty to talk about at this year’s conference!

Our event team is in full gear making sure the 2016 conference is the biggest and best ever.

Here is important information about this year’s event:

We are opening sponsorship opportunities and registration much earlier this year to allow ample planning for attendees, vendors, exhibitors, and also our speakers & event staff.

Here are some important dates to remember:

With such positive feedback from our members on last year’s conference format, we are going to repeat this format with plenty of poignant “NaLA talks” and interactive break-out forums. An overview of the event schedule can be found HERE.

I would not be doing my job if I did not remind you that NaLA is a non-profit organization; the success of our efforts are reliant on the contributions of your donations.  Because of this, we ask that everyone contribute to that extent they can; donate what you can, when you can, as often as you can.  Each and every donation helps the Lifeline community of which makes up NaLA, our members, and lifeline recipients everywhere.

Thanks all and we look forward to hosting everyone in New Orleans! Keep checking our website for updated information! 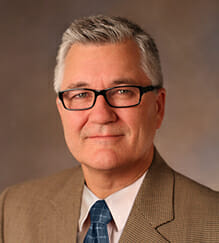 We know members are eager to get the details! We are still finalizing negotiations and details to make the conference event better than last year, BUT please SAVE THE DATE! 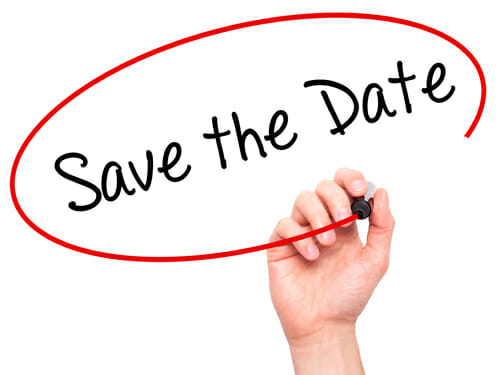 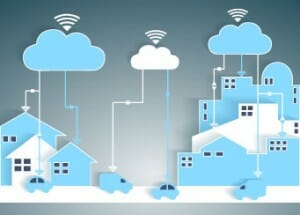 Every American should have access to essential communication services, and in today’s world, that includes Broadband service. The Lifeline framework can, and should, be a critical tool to help make that idea a reality. In its recently released Second Further Notice of Proposed Rulemaking, Order of Reconsideration, Second Report and Order and Memorandum Opinion and Order (“NPRM”), the FCC makes it clear that they understand that and I applaud them for it.

The NPRM is sure to initiate significant commentary, and those of us in the Lifeline community must play a central role in that debate. While Regulatory and policy arguments will be forthcoming, it is important for all of us in the industry to help educate decision makers on what I see as misconceptions from a business perspective. Incorrect assumptions on business issues pose a serious threat to sound policy making and effectively moving the program forward in a way that is optimal for the American public.

In my view, the primary areas where there is seemingly a break from perception and reality – from a business perspective – are (a) the current $9.25 reimbursement can and should be funding consumer offers beyond those currently in the market (b) shifting consumer eligibility away from Lifeline providers would remove a significant financial burden from them and (c) the lack of greater competition is largely due to the existing ETC framework.

In the NPRM, the FCC suggests that the current structure may not “extract” enough value for the fund and consumers. To support this, the Commission points out that the common industry offer of 250 minutes per month has gone largely unchanged in three years. It also notes that non Lifeline services have seen reduced prices in that period, and that consumers may have to pay out of pocket for services at a new minimum standard.

There are several things the Commission may not fully understand regarding the existing model (again, from a business perspective).

The evidence that the offer is not unduly enriching providers is evidenced by the FCC’s own statements. They point out that there are several providers yet the general offer has not changed. If the flexibility on the offer was not limited due to financial reasons tied to the $9.25 reimbursement rate, we would naturally see competitors differentiating themselves through enhanced offers. Simply forcing higher minimum standards upon providers will not lead to improvements for consumers, but will simply force providers abandon customer outreach, reducing options for consumers.

The debate on where eligibility determination should lie is beyond the scope of this piece. Here, the discussion is limited to the FCC’s perception on the costs associated with that function. This is relevant because an overestimation of costs may (a) justify the FCC spending an unreasonable amount to support the function, (b) overcharge carriers, ultimately harming consumers and (c) inaccurately influence the decision making process.

Currently, the eligibility determination is done during the enrollment process. It is but one of the several steps a carrier and consumer must go through at that time. Other items include describing the program and offering, going over the large number of disclosures, covering Terms and Conditions, instructing the consumer on use of the product, etc. Eligibility determination takes a small percentage of that time. Adding a third party to the process only lengthens it, especially if it cannot be done in real time, as the Commission suggests. On top of that, the third party must be compensated. In short, while other merits of the proposal may be debated, this change would ADD costs for the provider and the overall Lifeline ecosystem, not reduce them.

COMPETITION AND THE CURRENT ETC FRAMEWORK

The NPRM discusses potential changes to the ETC designation process and a potential alternative with the goal of encouraging more competition. The possible merits and issues with those approaches are beyond the scope of this paper. However, it is worth noting that the existing framework could provide much greater competition if the FCC simply executed within it. Dozens of Compliance Plans and Federal ETCs (created at no small expense by carriers) have gone simply unaddressed for literally years. If increased competition is truly desired, an immediate way to address that seems obvious.

All of these issues matter, because – again – sound policy making must be built on a reasonable understanding of market realities. Where that is not the case, it is incumbent on all of us to educate those influencing policy.

The opinions expressed above are solely those of the author and do not necessarily represent those of NaLA or its members.

Here is a preliminary agenda for next month’s Spring Conference. We are looking forward to seeing everyone there! Make sure you make your hotel reservations ASAP. We will continue to update this agenda as we get closer to the event. A PDF version of the agenda is available here: 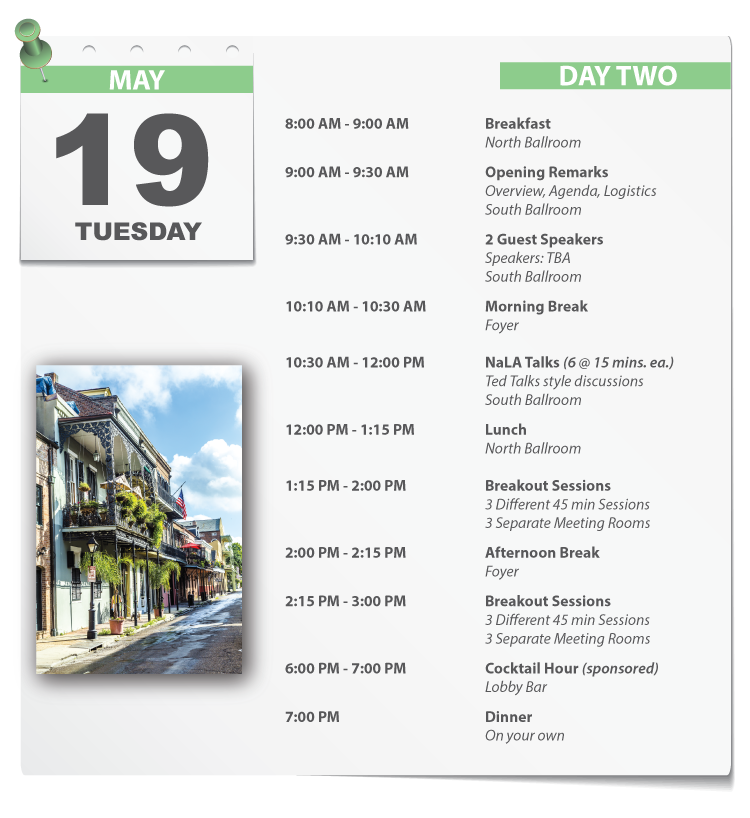 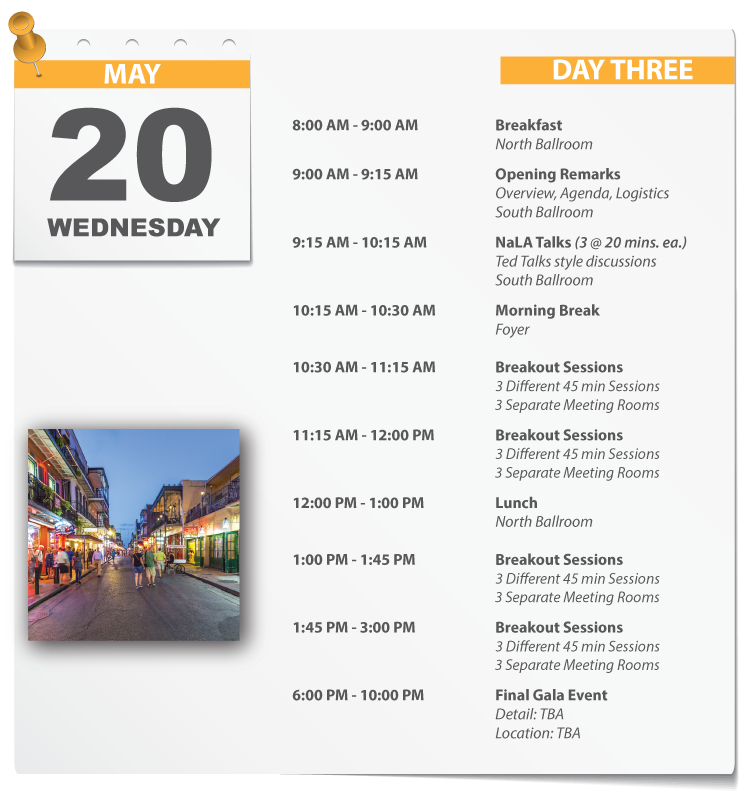 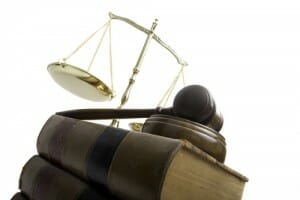 Last year, our attorney filed comments on behalf of the National Lifeline Association in support of an Emergency Petition for Declaratory Ruling that requested FCC preemption of state laws that impose 911 fees and taxes on no-charge lifeline services filed by TracFone Wireless. The FCC has not yet ruled on this petition.

On March 13th, 2015, TracFone filed a supplement requesting that the FCC, if unwilling to preempt state laws, commence a rulemaking proceeding to disseminate rule revisions that would prohibit any state or local taxes on Lifeline services where the effect of such taxation would be to reduce the net Lifeline support received by the customer to levels below those mandated by the FCC.

We will continue to monitor this proceeding and keep members updated. Feel free to post comments and share your thoughts.

At the end of the day, this program does what it is intended to do. It provides low income consumers with the ability to reach essential medical services, secure job interviews, call emergency services, government agencies, and keep in touch with family and friends. I would be very difficult to secure a job or remain healthy and safe without essential telecommunications services today.

If you aren’t sure if you are eligible for lifeline and you would like to discreetly check your eligibility status, use this great tool provided by USAC:

Lifeline provides a monthly discount for home or wireless telephone service to eligible consumers. This Lifeline screening tool will help you determine if you may be eligible for the Lifeline discount. You may also review the eligibility requirements at this page:

Lifeline eligibility requirements vary from state to state. These references and tools are not intended to guarantee lifeline program eligibility, they are only for your reference. Contact your local lifeline provider to check your eligibility status.