Members of the National Lifeline Association (NaLA) urge the Federal Communications Commission (FCC) to prevent the disruption of essential Lifeline-supported service for low-income Americans, particularly low-income veterans. Unless the FCC acts now to prevent untenable increases in mobile broadband service levels without any increase in support amounts, most Lifeline users will be forced to switch from fully-supported “free” service offerings to service that requires a co-pay which more than 80% of subscribers say they cannot pay. Unless the FCC acts to reverse course, millions of low-income veterans and other Americans will lose Lifeline-supported access to the mobile voice and broadband services they need to stay in contact with employers, teachers, and loved ones during ongoing challenges associated with the COVID-19 pandemic.

Earlier this year, the FCC announced new Minimum Service Standards for mobile broadband services and a reduction in support for voice service provided through the Lifeline Program. This action was taken without increasing the subsidy for low-income Americans and without any study to determine the affordability of such services.

The National Lifeline Association is the only industry trade group specifically focused on the Lifeline segment of telecommunications. We support the four essential components of Lifeline: ETCs & Providers, Distributors, Lifeline Participants & Supporters, and Government & Regulatory Bodies. We are passionate about the continuity and advancement of the Lifeline program and we drive this vision through our mission to “support providers, distributors, participants, and supporters of Lifeline through education, cooperation, and advocacy.”

KENNETT SQUARE, PA–(Marketwired – Nov 16, 2017) The National Lifeline Association (Referred to as “NaLA”) reports that 56 members of Congress have signed and delivered a letter to FCC Chairman Ajit Pai opposing changes to the Lifeline Program which attack low-income families, Veterans, and Native American Tribes. 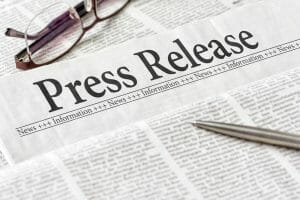 The Lifeline Program was created 30 years ago by President Reagan to help ensure that the most vulnerable Americans – which include low-income families, Veterans, and Native Americans – have access to lifesaving communications services. The program was updated and reformed under Presidents George W. Bush and Barack Obama to accommodate for technological advances and to strengthen the program’s integrity by minimizing fraud, waste, and abuse.

The program currently provides a modest monthly subsidy of $9.25 from Universal Service Funds, to connect low-income Americans with telephone and internet services.

Proposed changes by the FCC to the Lifeline Program include:

The following statement may be attributed to David Dorwart, Chairman of NaLA. “By banning ‘non-facilities-based providers’ from participating in the Lifeline program, 80% of the top Lifeline providers will be forced to stop service, resulting in disconnections for approximately 7.5 million Lifeline recipients nationwide. In some areas of the country, these are the only providers that offer Lifeline service. As a result, as many as three quarters of the current Lifeline subscriber base will be stripped of this crucial service, including over 1.3 million active and retired Veterans and more than half of all current Tribal Lifeline subscribers.”

If ultimately adopted, Chairman Pai’s proposals would roll back the United States’ longstanding commitment that advanced telecommunications services should be universally available to and affordable for all Americans. According to Public Knowledge, “The Chairman’s plan would strand millions of low-income families, Veterans, and children without affordable communications services, and drastically curtail their access to the education, job training, and basic services that increasingly require an internet connection. Rather than moving forward with this plan that would harm the most vulnerable, the FCC should refocus its efforts to promote affordable, competitive broadband for all Americans, and ensure that the Lifeline program remains a core component of our efforts to close the digital divide.”

Read the Congressional letter in its entirety:

Congressman Gregory W. Meeks, stated, “In our modern, highly technological and interconnected world, internet and phone service are all but required to lead a functional life. Many Americans still don’t have phone and internet access, rendering it nearly impossible to complete everyday tasks, such as finishing assigned schoolwork or conducting a phone interview. He also stated, “The digital divide—which Chairman Pai promised he would seek to minimize—persists today and the Lifeline Program is critical in helping minimize it. Yet, Chairman Pai’s proposed changes would practically decimate the Lifeline program, upon which millions of Americans rely. Indeed, this is nothing more than a poorly disguised attack on our nation’s most vulnerable citizens. I thank Congresswoman Moore and the cosigners and endorsing organizations of this letter for partnering with me to stand against Chairman Pai’s efforts to widen the digital divide.”

The National Lifeline Association (NaLA) takes the position that these proposed changes will widen the digital divide facing low-income Americans and are unnecessary given successful reforms to the Lifeline Program, including the December 2017 launch of the National Verifier. Because Lifeline accounts for less than 20% of the allocations to the Universal Service Fund (source: 2016 USAC Annual Budget) and is currently running at about $1 billion a year below its budget, steps aimed at reducing the program’s budget, participation levels and disbursements are indefensible.

About The National Lifeline Association (NaLA):

NaLA’s Vision: “In America, every person should have access to essential communication services.”