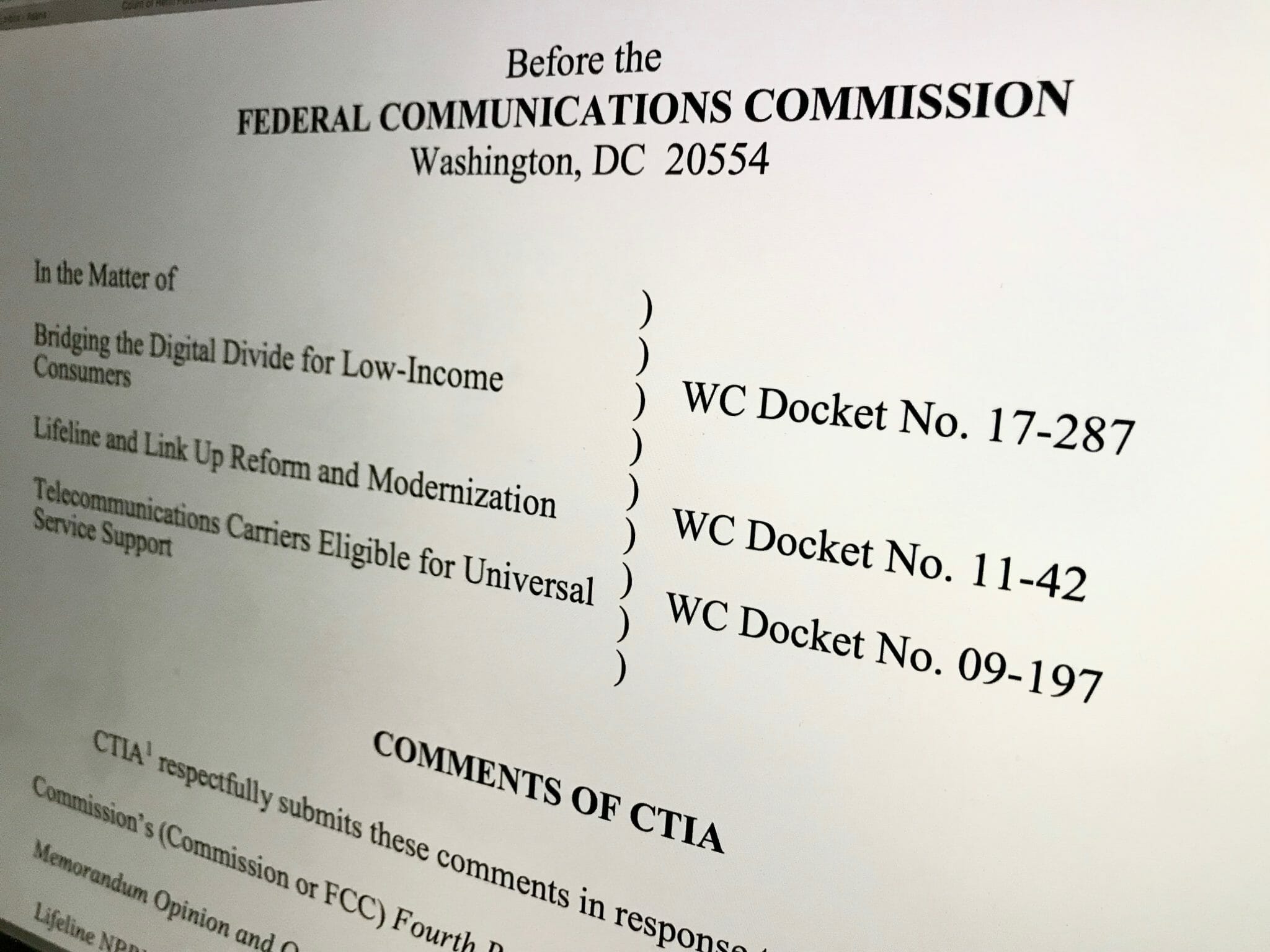 February 21, 2018 –  CTIA, an wireless connectivity advocacy organization, voices their opposition to the recent FCC proposals on the Lifeline Program, which provides essential communication services to qualifying low-income American families. CTIA’s filed their comments to the FCC in response to the FCC’s 2017 Notice of Proposed Rulemaking (NPRM) and Notice of Inquiry (NOI), and more specifically comments on concerns over the proposed elimination of wireless resellers from the Lifeline Program, which would ban non-facilities-based providers from serving as Lifeline Providers.

CTIA on Elimination of Wireless Resellers from Lifeline Program

CTIA’s belief that the Commission’s proposal elimination of wireless resellers from Lifeline would negatively impact competition and harm low-income consumers supports the integrity of the Lifeline program and urges the FCC to reconsider these key issues. CTIA expressed that while it supports the FCC’s commitment ensure the integrity of the Lifeline Program. However, in the letter they stated that “expeditious implementation of the National Lifeline Eligibility Verifier (National Verifier or Verifier) is the most important thing the Commission can do to limit waste, fraud, and abuse in the Lifeline program. Accordingly, the Commission should remain focused on implementing the National Verifier before considering any further large-scale program reforms” and that the organization “strongly encourages the Commission not to adopt the proposal in the NPRM/NOI to exclude non-facilities-based providers from the Lifeline program.”

CTIA to FCC on “Exhibit A” Lifeline Economic Study

Also referenced in the letter from CTIA was the “Exhibit A” Declaration by Dr. John Mayo, an recently conducted economic study which also supports of not excluding resellers (non-facilities-based providers) from Lifeline. This study provides evidence that the NPRM’s proposal to limit Lifeline facilities-based carriers is inconsistent with economic basis of Lifeline and doesn’t support the goal of universal connectivity.  CTIA concludes “Ultimately, Dr. Mayo’s analysis shows that the data on network investment do not support limiting subsidies to facilities-based providers and excluding non-facilities based providers in order to further incent deployment.  In light of the economic evidence, the Commission should conclude that, in order to avoid undermining investment in broadband networks, it must continue to allow non-facilities based providers to participate in Lifeline.”

CTIA® represents the U.S. wireless communications industry and the companies throughout the mobile ecosystem that enable Americans to lead a 21st century connected life. The association’s members include wireless carriers, device manufacturers, suppliers as well as apps and content companies. CTIA vigorously advocates at all levels of government for policies that foster continued wireless innovation and investment. The association also coordinates the industry’s voluntary best practices, hosts educational events that promote the wireless industry and co-produces the industry’s leading wireless tradeshow. CTIA was founded in 1984 and is based in Washington, D.C.